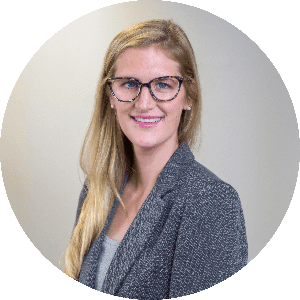 Going through a divorce is a difficult process, and it can often get confusing and frustrating. Having someone in your corner who understands these struggles means that they will be able to support and guide you past any hurdles that come your way.

Attorney Nina Kelly brings her extensive courtroom experience, her love for working with people, and her creative problem-solving skills to every case she works on.

Though she once debated going to medical school, her motivation has always been to advocate for others to the best of her ability. In her previous positions with the Cook County State’s Attorney’s office and Swanson, Martin, & Bell, LLP, Nina worked on cases for medical malpractice, criminal law, child abuse and neglect, and family law.

As someone who has been personally involved in a highly contentious family law case, Attorney Kelly knows exactly how difficult divorce can be, as well as the emotional and financial toll it can take on a family. Nina takes pride in her ability to not only move a case forward efficiently, but also understand what her clients want, need, and feel.

Nina is very proud of the work that she has done, and the people she has helped throughout her career. She has successfully argued in front of the Illinois Appellate Court three times and was a member of a team of attorneys prosecuting the longest-running criminal trial ever held in Cook County, which led to the largest sentences ever handed down. Ever since she won her first trial after law school, she knew that she’d never had to worry about being intimidated.

Nina earned her law degree from George Washington University in 2017. While living and working as a law clerk in the DC area, when she wasn't working on the Obama Clemency project and writing petitions, she listened to talks given by Justice Scalia and Justice Ginsburg. She fondly remembers walking past the White House every day on her way to her job, as well as getting a tour of the supreme court from Justice Thomas.

Outside of work, Nina is a lover of the outdoors! Whether she is running through the beautiful forest preserves that Chicago has to offer, or boating on Lake Geneva in the summertime, she loves to get out and explore new places. Nina is recently married with a daughter, three step-children (two girls and a boy), and two very rambunctious dogs – a labrador/great dane mix and a rottweiler. The wife of a Chicago police detective, her family also enjoys the restaurant scene and experiencing all that the Chicago downtown area has to offer.

Nina also loves to travel, having lived in 7 states in 5 years before settling in Chicago. She also studied abroad in Rome, Italy, and traveled to Capri. She credits this love to her grandparents, whose never-ending thirst for learning and traveling allows them to see the good in everyone, and have a debate on any topic.