Home » What is a Guardian Ad Litem?

What is a Guardian Ad Litem?

Latrice Knighton is a member of the Sterling Law Offices partner team and an award-winning divorce attorney, life coach, and speaker. She helps clients resolve their problems by using legal techniques and smart tactics learned through decades of experience as well as helping clients by offering the best practical advice.

Every parent going through divorce and dealing with child custody wants what seems to be the best for their child.

Whatever the circumstances might be, the Guardian Ad Litem looks into the family situation and advise the court on things like where the child should live, if there is possible abuse from parents, and/or what contact the child should have with the parent. Guardian Ad Litem's can be lawyers or a kind of mental health professional who have special training who have the main goal of having the best interest of the child.

Depending on the court order, their jobs can be broad. So to provide some clarity about what to expect we've created this post for you.

What is a Guardian Ad Litem (GAL)’s role?

The Guardian Ad Litem (GAL)’s role is to represent the best interests of the children as determined by the GAL through investigation.

What is a Guardian Ad Litem’s objective?

The GAL will investigate the facts, take part in negotiations, and take a position in court on legal custody and placement. It is also involved in the financial issues of a case when those issues affect the children, such as child support and child expenses.

What are some “Must Know” Facts about a Guardian Ad Litem?

Who pays for a Guardian Ad Litem?

The judge decides who pays for the Guardian Ad Litem’s service. Generally, each parent is responsible for one-half of the GAL’s total costs, including the GAL’s legal fees and investigation costs, such as tests and experts. 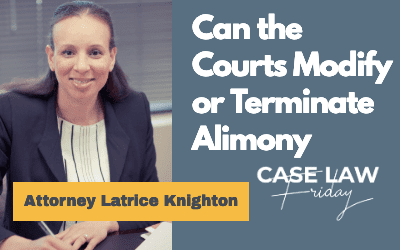 The Benefits of Day Camps for Kids The Stages of Financial Independence The Power of Validating Others